Markaz: Primary Issuances of Bonds and Sukuk in GCC see value rising 18% year-on-year to reach USD 83.7 billion in first half of 2021

Kuwait Financial Centre “Markaz”, in its recent research report titled “GCC Bonds and Sukuk Market Survey H1-2021,” highlighted the trends pertaining to Bonds and Sukuk primary issuances in the GCC region during the first six months of the year. The report showed that primary debt issuances continue to see significant activity in the region.

Primary issuances of Bonds and Sukuk amounted to USD 83.7 billion during H1-2021, marking a growth of 18% year-on-year from USD 70.8 billion raised during H1-2020. The implications of Covid-19 have resulted in added strain on regional economies in terms of budget deficits and tightening liquidity. Moreover, the total number of primary issuances during the first half of the year totaled 201, compared to 176 issuances during the same period in the previous year.

The Bonds and Sukuk market within the GCC consists of Bonds and Sukuk issued by governments or corporations for financing purposes and are denominated in either local or foreign currencies.

Conventional vs. Sukuk: Conventional issuances decreased during H1-2021 by 3% year-on-year, where a total of USD 53.7 billion was raised in H1-2021, representing most of the issuances with 64% of the total value of primary issuances in the GCC. On the other hand, Sukuk issuances doubled on a year-on-year basis to reach USD 30.0 billion during H1-2021, compared with USD 15.2 billion raised in H1-2020, representing 36% of the total value of issuances.

Rating: In terms of value, a total of 58% of GCC Conventional and Sukuk bonds were rated as Investment Grade in H1-2021 by either one of the following rating agencies: Standard & Poor’s, Moody’s, Fitch and/or Capital Intelligence.

Listing: During H1-2021, 150 issuances of a total of 201 issuances of Bonds and Sukuk were listed, equivalent to USD 78.4 billion. London Stock Exchange is the listing exchange with the greatest traded value of GCC primary issuances issued in H1-2021 totaling USD 37.8 billion through 69 issuances.

Of the amount outstanding as at 30 June 2021, USD 278.1 billion, or 41%, were issued by Saudi Arabian entities. Bonds and Sukuk by Kuwaiti entities accounted for only USD 26.2 billion, or 4% of the total amount of outstanding debt in the GCC. 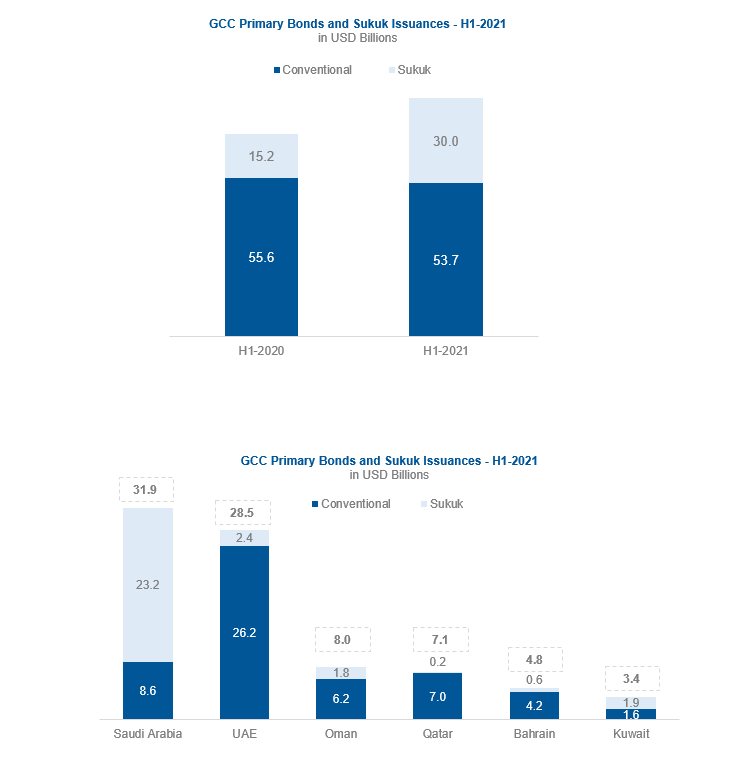 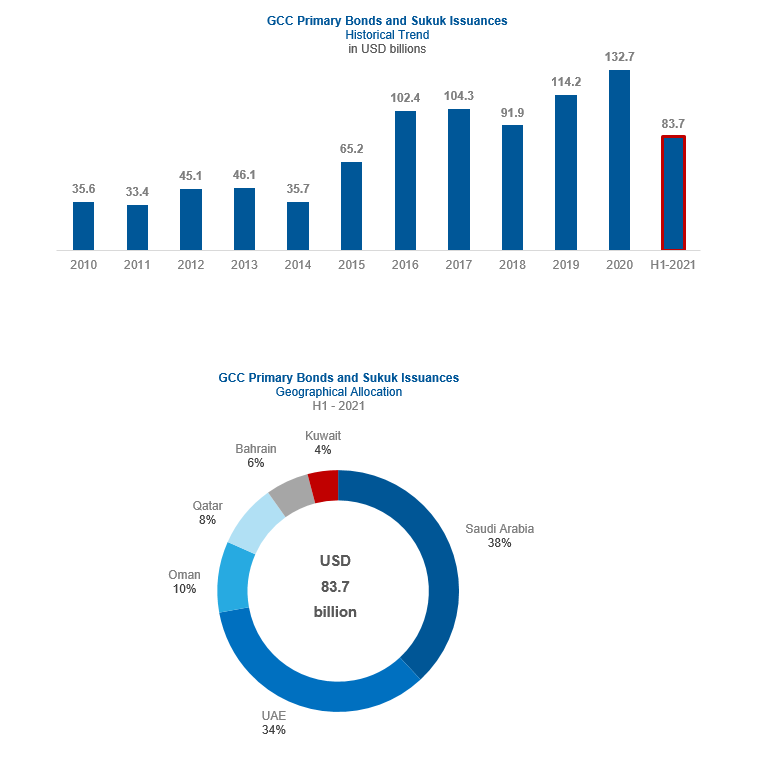 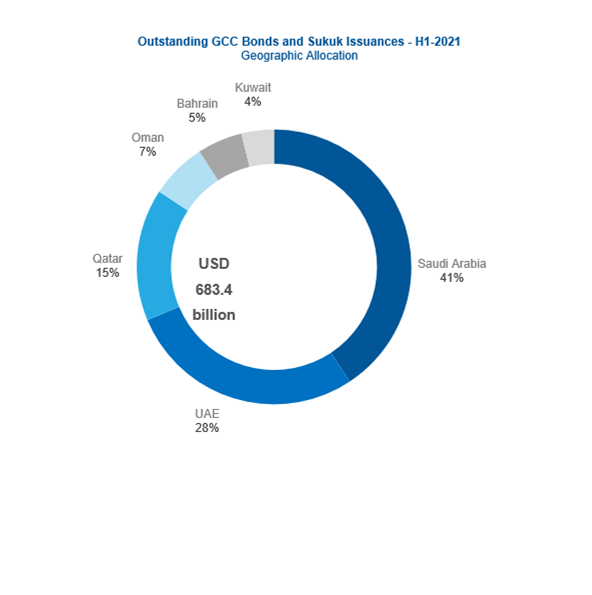 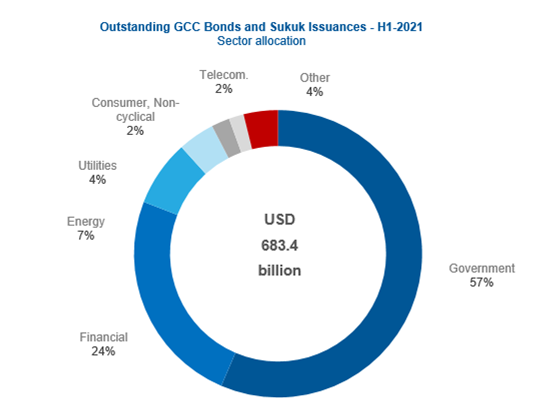