Saudi Arabia’s industrial sector leads the top GCC M&A transactions during Q1 2019 as per a report recently issued by the Investment Banking Department at Kuwait Financial Centre “Markaz”. The top reported deal value during Q1 2019 was $69.1 billion and involved Saudi Aramco’s acquisition of a 70% stake in SABIC from the Public Investment Fund of Saudi Arabia.

Two of the top transactions involved the announced merger of banks. Kuwait Finance House (KFH) has announced its intention to merge with Ahli United Bank (AUB) at an average exchange ratio of 2.3 shares of AUB for each share of KFH. ADCB and Union National Bank have agreed to merge and collectively acquire Al Hilal Bank, whereby the merged entities will have a $114 billion asset base. Italy’s Eni and Austria’s OMV will collectively acquire a 35% stake in ADNOC Refining for an estimated $5.8 billion, whereby ADNOC will retain the remaining 65% stake in the company. KKR and BlackRock have acquired a 40% stake in ADNOC Oil Pipelines, an entity that will lease ADNOC’s interest in 18 pipelines for 23 years. 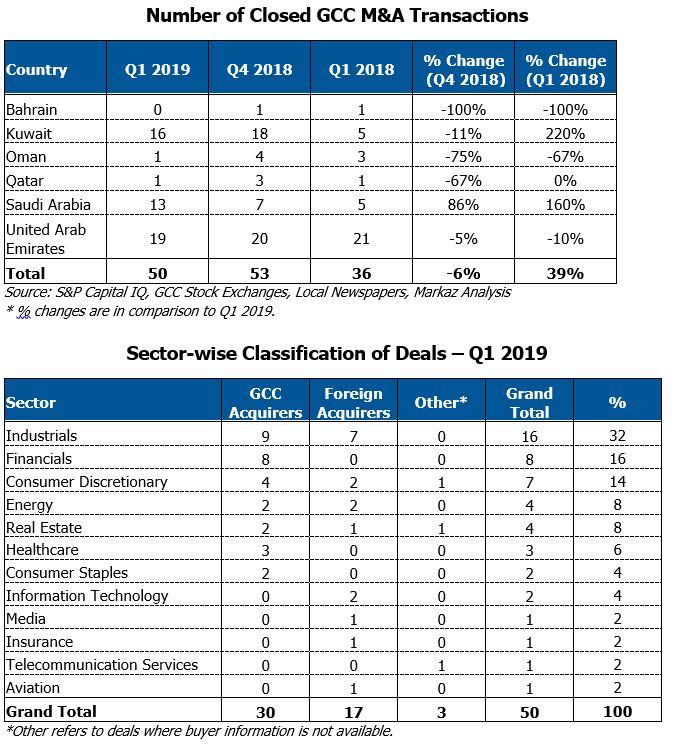 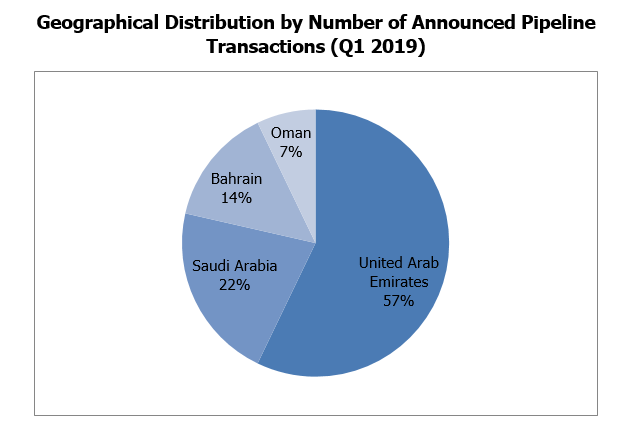