Kuwait Financial Centre “Markaz” recently released its Monthly Market Research report. In this report, Markaz examines and analyzes the performance of equity markets in the MENA region as well as the global equity markets for the month of September.

Kuwait weighted index (0.8%) and Abu Dhabi index (0.2%) were the marginal positives ending this month in green. Kuwait’s price index ended the month of September with a loss of 1.6%. MENA markets ended in red during the month of September 2015. Jordan (-4.3%) suffered the most, followed by Morocco (-2.5%), Dubai (-1.9%) and Bahrain (-1.8%). The decline in global equities wiped out all gains made by the MENA stock markets since the beginning of the year, with all of the indices now dipping into the red.

Global equities continued their slide for a second month, and along with falling oil prices, led to MENA indices following suit. China’s Shanghai index was able to stem the fall witnessed over the last two months, but still ended the month down 4.8%, making it a cumulative fall of 28.6% for the third quarter. This is the largest percentage decline since the first quarter of 2008, and ended a five-quarter winning streak. Sell-off was seen in markets across the globe, and the Middle Eastern markets did not buck the trend.

Telecommunication stocks have had a good month, with Ooredoo (Qatar) and Emirates Telecom (UAE) gaining 10.8% and 10.5%, respectively. While the former was declared Qatar’s leading corporate for investor relations, the latter opened its shares to foreign and institutional buyers in September. The worst performing stocks were NBAD (-8.5%) and Industries Qatar (-7.5%), the latter due to profit booking by foreign institutions.

No significant shift in OPEC policy caused crude oil to fall in September, declining by 11%, closing the month at USD 48.37 per barrel. The commodity closed the quarter down 24%. US oil inventories rose by 4.6mn barrels in the last week of September, according to the American Petroleum Institute, and OPEC continued to pump more than its 30mn barrel quota, widening the supply glut.

Impact of sustained low oil prices in the GCC

Kuwait’s National Assembly's financial and economic affairs committee yesterday rejected proposals by the International Monetary Fund (IMF) to impose taxes and lift subsidies on public services in order to cut the state budget deficit. The committee stressed its opposition to any measure that comes at the expense of Kuwaiti citizens and called for alternative solutions. Kuwait plans to sell dinar-denominated bonds this year to bridge the budget deficit, and may also sell dollar-denominated bonds, if needed. The gulf state is also working on a legislation to allow the country to sell its first sukuk, or Islamic bond.

Saudi Arabia is witnessing weakening economic growth and strain on funding sources, as the country faces sharp decline in oil revenues resulting from sustained oil price decline. The Kingdom is cutting unnecessary expenses and delaying some projects to compensate for low oil prices, though projects that are important for the economy will go ahead. The Kingdom has withdrawn over USD 73bn from global asset managers to plug its budget deficit and to reduce exposure to global equities. The government is also accelerating its bond sales to help sustain spending, and it is expected that the Kingdom might also sell Islamic bonds, or sukuk, to finance specific projects.

Economic diversification of the UAE economy over the past several years has buffered the country against falling crude oil prices. The UAE has also exploring options about implementing corporate tax or valued added tax, based on IMF’s recommendations.

The government of Qatar has stated that it will not scale back economic development projects or cut state subsidies for fuel and food in response to low oil and natural gas prices, because government finances remain strong. 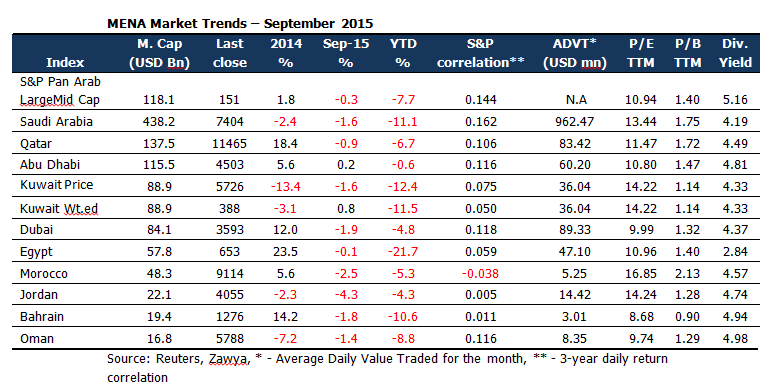 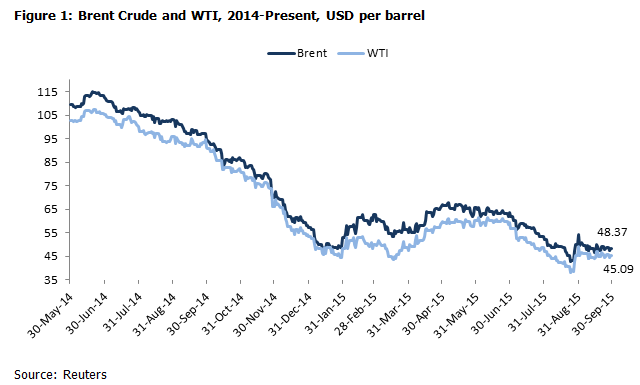