The report noted that during the first half of 2012, 13% of all GCC companies received research coverage, representing 69% of the total market cap. Saudi Arabia, which continued to attract the most attention, accounted for 44% of research notes, followed by the UAE with 18%.

According to Markaz’s report UAE, after Bahrain, was the most preferred equity market in 1H12, with 80% of the reports receiving “Buy” ratings. On the flip side, Kuwait had a majority of “Hold” calls, at 47%.

In terms of top researched stocks, Qatar Telecom and Almarai topped the list with 9 research notes followed by Savola Group Company and Eithad Etisalat. The latter and Riyad Bank feature among stocks with the highest upside potential going forward, as per broker recommendations.

Markaz report indicates that Qatar was the most researched country in terms of percentage of companies covered to total companies listed in the country. About 27% of all listed companies in Qatar, accounting for 86% of the local market capitalization, received coverage in 1H12. 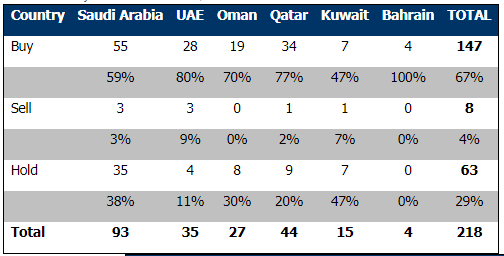 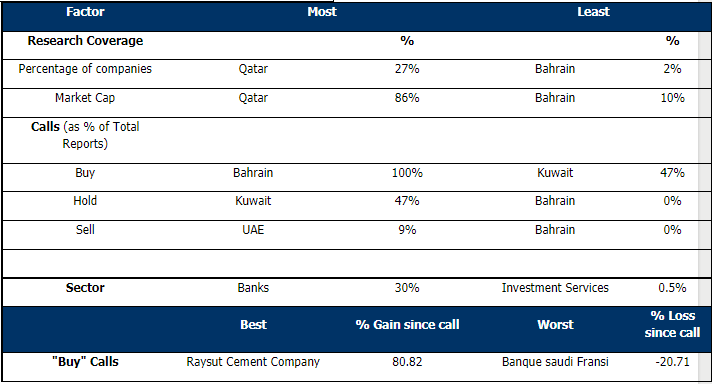