UAE’s industrial sector leads the top GCC M&A transactions during Q3 2019 as per a report recently issued by the Investment Banking Department at Kuwait Financial Centre “Markaz”. The top reported deal within Q3 2019 was completed by DP World as they acquired 100% of Topaz Energy and Marine from Renaissance Services and Standard Chartered Private Equity (recently bought out by Affirma Capital) for a total value of $1.1 billion.

The sectors that witnessed the highest level of activity during Q3 2019 were the Financials, Industrials, Consumer Discretionary and Information Technology sectors. Collectively, these sectors accounted for 60% of the total number transactions closed.

The Financials sector recorded the greatest increase in the level of activity relative to the previous quarter. In addition, there was no activity within the Consumer Discretionary sector during the last quarter; however, it is one of the sectors that observed a high level of activity during Q3 2019.

By the end of Q3 2019, there was a total of 12 announced transactions in the pipeline, which translates into a 45% decline in activity relative to the Q2 2019. Roughly, 60% of the transactions completed this quarter involve targets from the UAE while the remaining 40% is attributable to activity within Saudi Arabia and Kuwait. 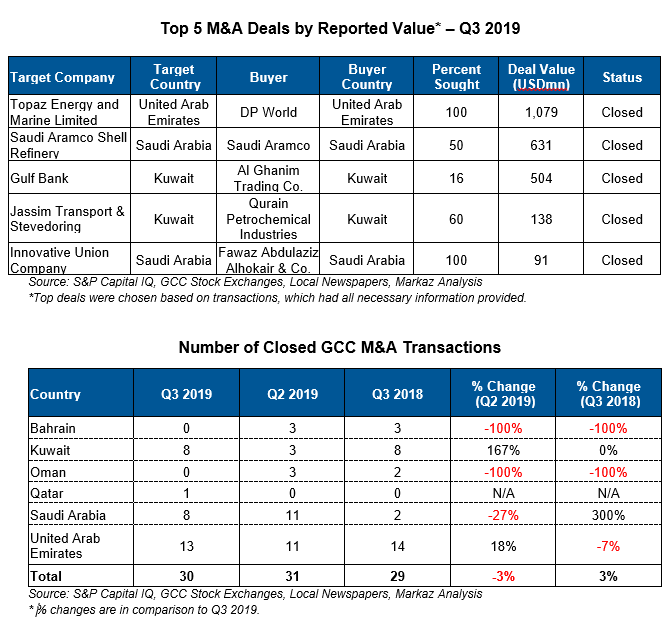 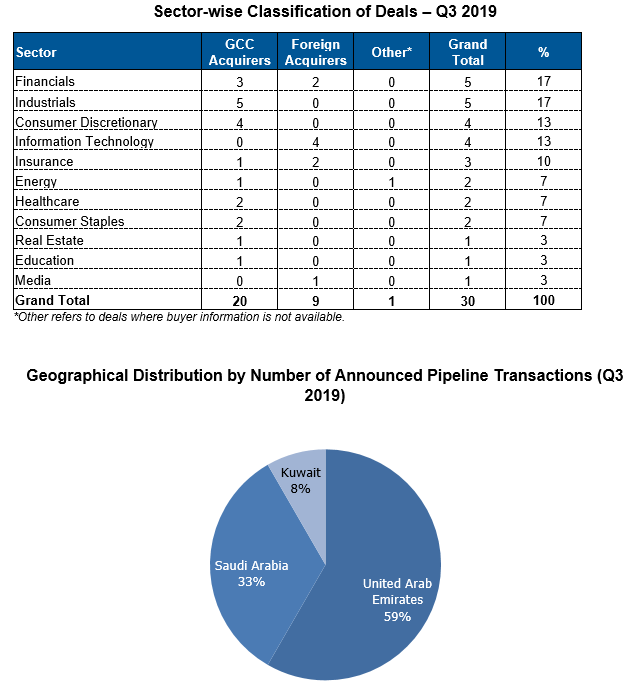