Markaz: CPDQ reigns the top GCC M&A transactions for H1 2022 with the acquisition of a minority stake in DP World’s flagship assets

Following this is Al Salam Bank, who recorded the second largest transaction with its proposed acquisition of Ithmaar Bank’s consumer banking businesses alongside a portfolio of sukuk issued by the Government of Bahrain and the group’s indirect shareholdings in Bank of Bahrain and Kuwait, Solidarity Group Holding, Mastercard Inc. and the Benefit Company.  Note, the two parties have penned a binding agreement whereby Al Salam Bank will acquire the aforementioned assets for a total consideration of USD 2.2 billion. Moreover, Etihad Etisalat Company (Mobily) announces it has received a letter from Emirates Telecommunications Group Company (e&) expressing the company’s interest in acquiring an additional stake in the company for USD 12.5 per Mobily share. If successful, e& would raise its holdings from 28% to 50% plus one share by means of a pre-conditional partial tender offer for an implied value of USD 2.1 billion.  In addition, the Public Investment Fund sealed a USD 1.5 billion deal whereby it acquired a 17% stake, or 625 million shares, in Kingdom Holding Company, at USD 2.4 per share. Note, this stake was acquired from HRH Prince Alwaleed bin Talal Al Saud, who subsequently reduced his stake to 78%. Lastly, Abu Dhabi National Oil Company (ADNOC) and Abu Dhabi National Energy Company (TAQA) are to acquire stakes in Abu Dhabi Future Energy Company (Masdar) from Mubadala Investment Company (Mubadala) for a total value of USD 1.3 billion. The binding agreement outlines that ADNOC will acquire a 24% stake in Masdar’s renewable business with TAQA acquiring a 43% stake and Mubadala retaining the 33% stake in the business. In addition, ADNOC will acquire a 43% stake in Masdar’s new green hydrogen joint venture, while Mubadala and TAQA will retain 33% and 24% stakes, respectively.

GCC M&A Growth
According to Markaz’s report, the GCC market sealed a total of 105 transactions throughout H1 2022, which implies a growth of 25% relative to H1 2021. With the exception of Qatari targets, the remaining markets recorded substantial growth year over year.

Foreign Buyers
The GCC market received a relatively greater level of interest from foreign buyers in H1 2022 compared to H1 2021. Throughout H1 2022, foreign buyers closed 28 transactions compared to 13 throughout H1 2021, which implies a growth rate of 114% year over year and reinforces the idea that investor confidence has strengthened with time post-COVID. It is worth noting that foreign buyers demonstrated a particular interest in Kuwaiti, Saudi and UAE companies. The UAE continues to be one of the most attractive markets relative to its peers while Omani companies emerged as attractive contenders following a period with no foreign activity throughout H1 2021 (closed).

Sectorial View
Moreover, the transactions that closed throughout H1 2022 targeted companies that operate across various sectors, highlighting another trend that has remained strong throughout the past few quarters. The sectors that witnessed the greatest level of activity throughout H1 2022 were the Financials, Consumer Discretionary and Information Technology sectors. Collectively, these three sectors accounted for over 48% of the transactions that closed during the first six months of the year. 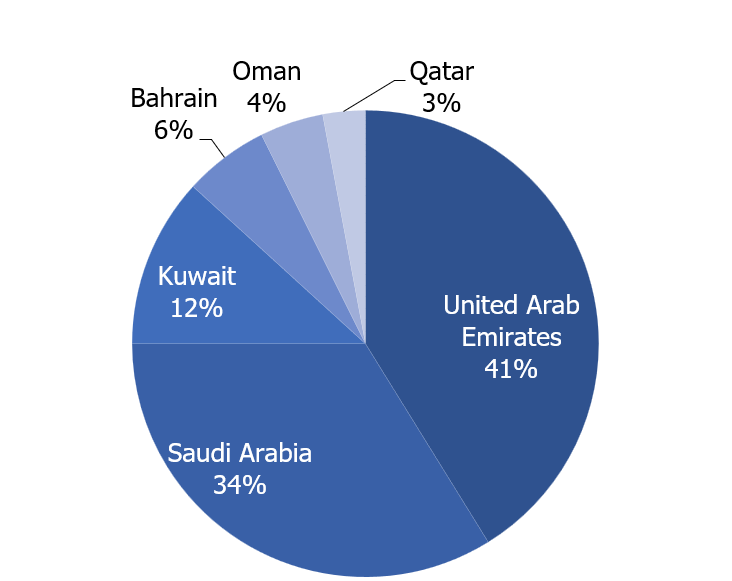