Total earnings during the first half-year of 2014 (H1, 2014) amounted to USD 33bn a growth of 11% over the same period, last year. Corporate earnings were driven by strong performance from banks and financial services, telecom, conglomerates and real estate sectors. 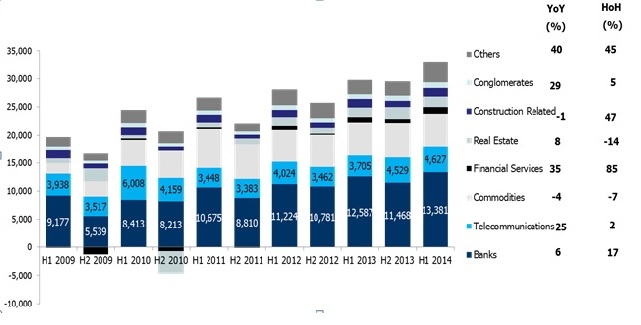 Financial services gained the most during 1H14, a total earnings growth of 35% on a YoY basis which was followed by the conglomerates, telecom and real estate which grew by 29%, 25% and 8% respectively. The financial services have been helped by the improving economic prospects and tremendous increase in value of asset classes such as equity and real estate. 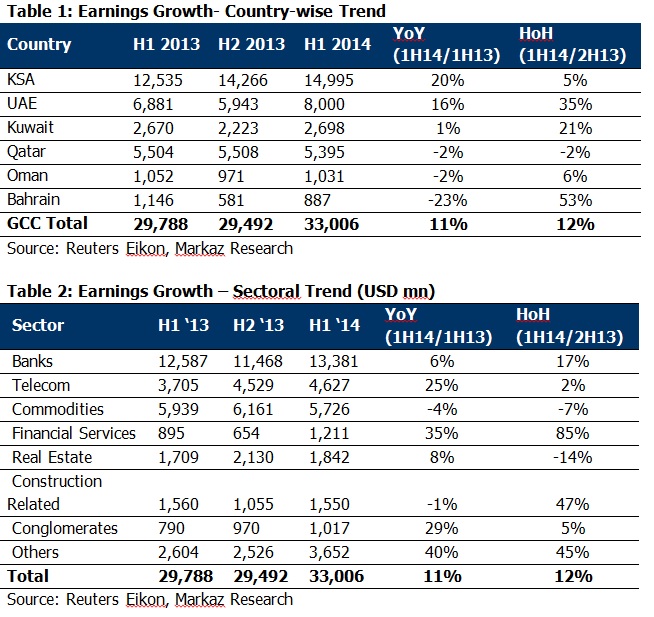 Earnings in construction related and commodities segment contracted by 1% and 4% respectively on a YoY basis during the 1st half of 2014. Commodities segment in the GCC are highly correlated with global growth and as a result sluggish demand in global markets affected the earnings. The industry bellwether for the region SABIC has been affected by it and as a result has shown a very flat earnings growth of 2% (HoH).

Based on the current trends, we expect an annual earnings growth of 10% in 2014. We believe that local developments in the GCC region play a vital role in the regional stock markets. Implementation of structural reforms in Saudi Arabia, major changes in corporate law offering a conducive environment to conduct business in Kuwait and execution of infrastructural projects in anticipation of hosting Dubai Expo 2020 and FIFA World cup 2022 in UAE and Qatar respectively are expected to support earnings growth. 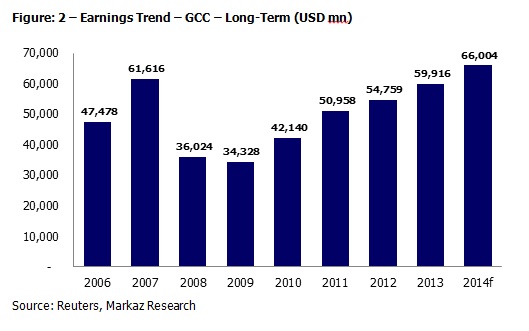