Equity markets witnessed the same level of attention in 1Q11, compared to the previous quarter. Eighteen brokers published 245 research notes on 134 companies during 1Q11, compared to the 243 research notes on 127 companies published in 4Q10, according to a recent report by Kuwait Financial Centre “Markaz” on GCC Equity Research Statistics. During this quarter, 20% of all GCC companies received research coverage, representing 75% of the total market cap. Saudi Arabia, which continued to attract the most attention, accounted for 42% of research notes and 34% of the companies covered. A Positive to Neutral sentiment prevailed in GCC markets, with 52% “Buy” calls, 40% “Hold” calls, and 7% “Sell” calls. 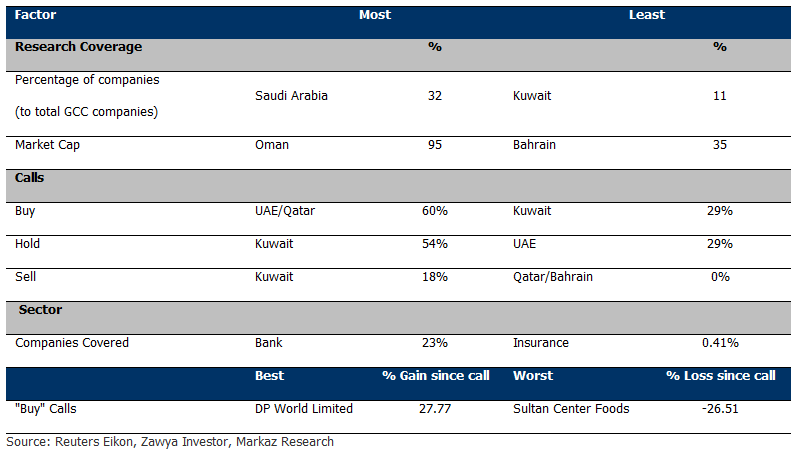 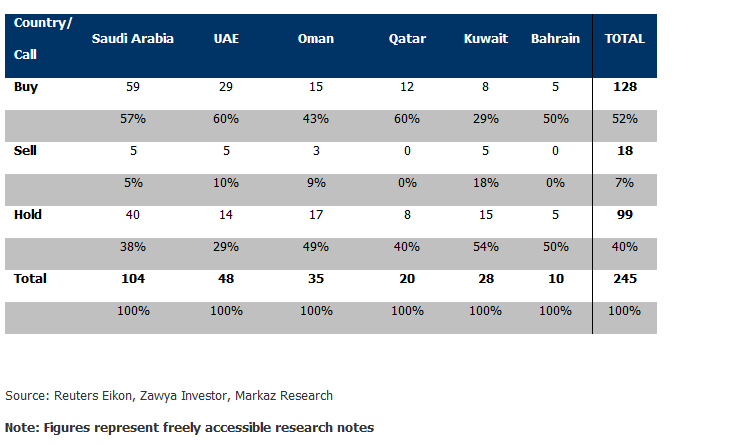 Kuwait Financial Centre 'Markaz', with total assets under management of KD1.03 billion as of December 31, 2010, was established in 1974 has become one of the leading asset management and investment banking institutions in the Arabian Gulf Region. Markaz was listed on the Kuwait Stock Exchange (KSE) in 1997.